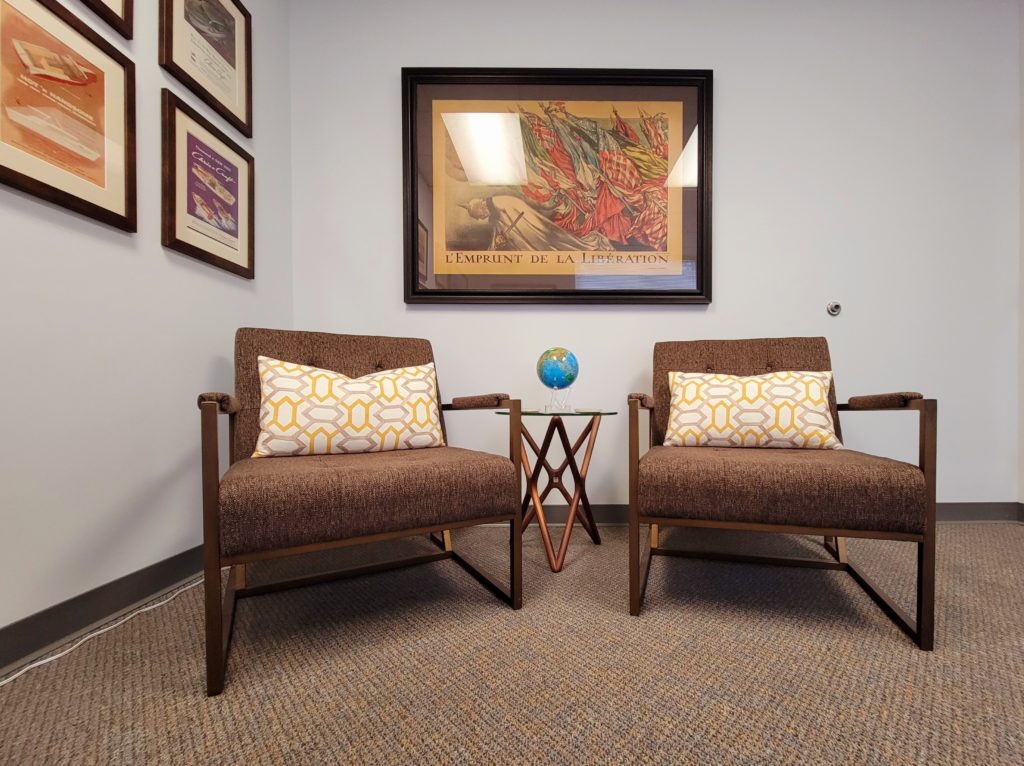 Why do I need a family law attorney to help me with the divorce process? Can’t I represent myself?

While individuals involved in family law matters can represent themselves, the law and the court procedure can be complex and challenging to successfully apply and navigate for non-lawyers, and even for lawyers who are not family law practitioners. Family law issues are often highly emotional for those directly involved, and strong emotions can make it difficult to maintain an objective perspective and to successfully negotiate or advocate for a particular position. The resolution of family law issues can also have lasting effects for years, decades, or even a lifetime, and the assistance of a skilled family law attorney can be critical to finding the best possible resolution to such issues.

Do you handle cases only in Chapel Hill?

No. Brian and Chellie represent clients throughout Orange, Chatham, and Durham Counties.

If I am contemplating a divorce, when should I consult with an attorney?

As soon as possible. Receiving information and guidance early in the process can pay significant dividends when it comes time to resolve many family law issues. With this in mind, anyone contemplating a divorce would be well-served to consult with a family law attorney, if only for informational purposes, as soon as possible. Many of the individuals who consult with Brian and Chellie come in for the first time for nothing more than information, and it is not uncommon for Brian and Chellie to not hear back from a client for a period of months or even more than a year. Everyone contemplating a divorce moves forward according to his or her own timeline, and Brian and Chellie never forget that the client’s schedule controls the process, not theirs.

If I suspect that my spouse is cheating on me, what should I do?

Consult with a family law attorney as soon as possible. You may need to obtain evidence of the affair, and you may need professional assistance to obtain that evidence. In North Carolina, evidence of an affair is most relevant if it is obtained before a couple separates. So, as difficult as it may be not to immediately confront your spouse when you have good cause to suspect an affair, your interests may be best-served by first consulting with a family law attorney and obtaining the necessary evidence before giving your spouse any reason to believe you are aware of the affair.

How much will my divorce cost?

The resolution of family law matters is almost entirely personality-driven. If the two parties to any family law matter are reasonable and motivated to find a resolution, the matter may be resolved quickly and for relatively limited expense. If, however, either party to a family law issue is unreasonable and motivated by something other than a desire to resolve the issues at hand, the matter may not be resolved quickly, and the cost of resolving the matter may be greater. It is also not uncommon for individuals directly involved in family law matters to begin the process with the best of intentions but to harden their positions as the issues are more fully explored. For these reasons, it is impossible to predict at the outset how easily any given family law matter will be resolved and, therefore, how much the resolution will cost. Nevertheless, Brian and Chellie never take the expense of divorce for granted and always seek to achieve cost-effective results for their clients.

How long will it take to finalize my divorce?

In North Carolina, unlike in some other states, the divorce itself may be finalized by the court independent of the resolution of the associated issues of child custody, child support, spousal support, and equitable distribution. The timelines for finalizing the divorce itself and for finalizing the other issues incident to a divorce are, therefore, almost always unrelated. With respect to the divorce itself, a couple must be separated for one year before a spouse may file for divorce. The court process of finalizing the divorce generally takes approximately two months, so finalizing the divorce itself typically takes approximately one year and two months from the couple’s date of separation. On the other hand, because, as discussed above, the resolution of associated issues of child custody, child support, spousal support, and equitable distribution is highly personality-driven, it is impossible to say at the outset exactly how long it will take to resolve such issues. In some cases, all such associated issues are resolved long before the completion of the one-year separation period, but, in others, certain issues may not be resolved within the separation period or until after the parties are divorced. Nevertheless, when personalities are intractable, cases can be moved along towards resolution by scheduling court hearings.

Are the things that I discuss with you private?

How do I schedule an initial consultation?

Do you charge for initial consultations?

Yes. Unlike personal injury attorneys who work on a contingency fee basis, it is common practice for all other attorneys who work on an hourly basis to charge for time spent during initial consultations. Brian and Chellie provide a valuable service to their clients, and they charge their clients for their knowledge and experience by billing for their time, including time spent during initial consultations. Brian and Chellie bill for initial consultations at their regular hourly rates, and any prospective clients will be informed of their regular hourly rates at the time they schedule their first appointment.

What documents should I bring with me for my initial consultation?

Where is your office located?